So I surprised my honey with an early Christmas gift! I got him tickets to the SEC Championship game to go see Alabama play! I made sure and asked his boss before I actually bought the tickets but I got a GREAT price on the Mizzou website and couldn’t resist! 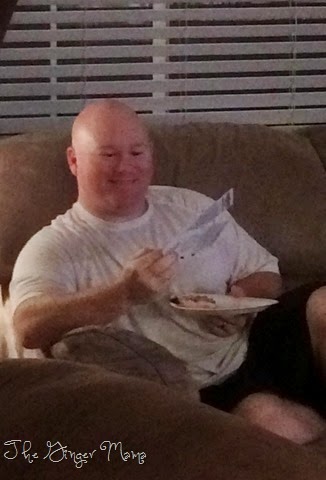 I let Landon give them to him so I could hide in the kitchen and take pictures! 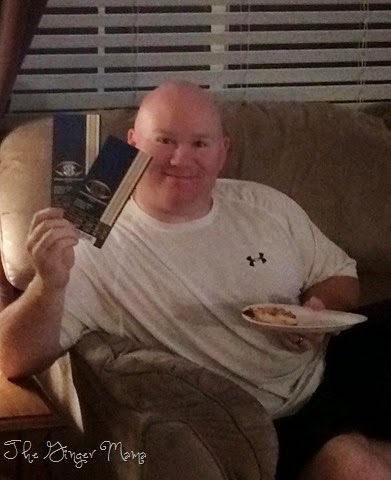 He was in shock 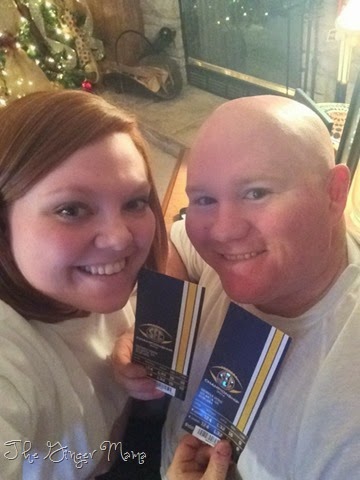 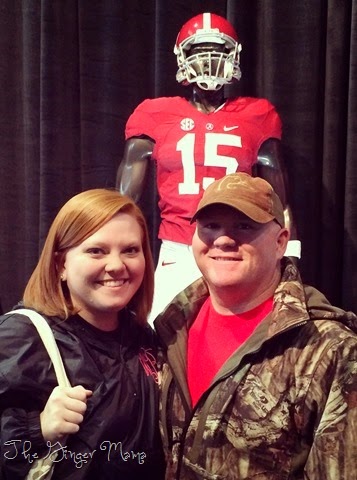 I’ve never been to an Alabama game before so Jason got us tickets to Fan Fare. We had plenty of time to walk around and get some lunch after getting to Atlanta. Of course we had to take a lot of rest breaks. 7 weeks pregnant + walking around Atlanta did me in for sure! 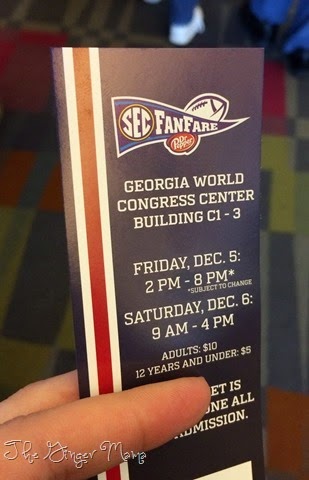 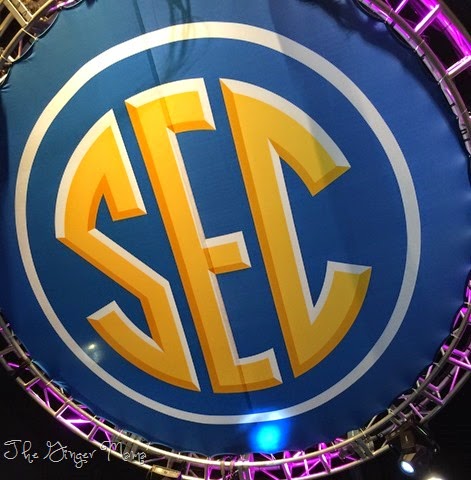 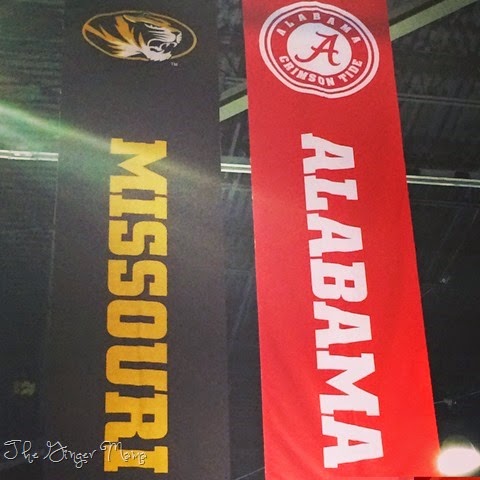 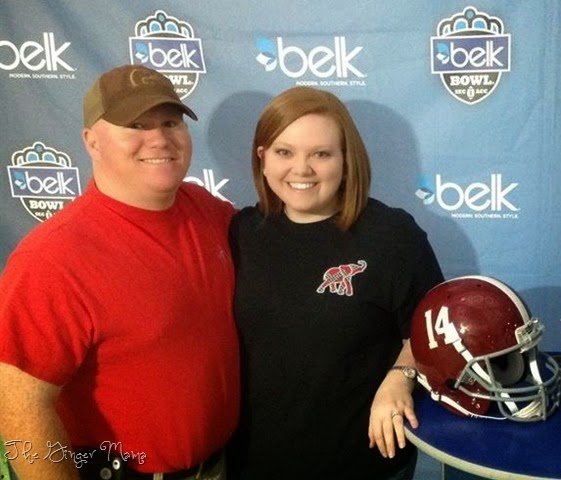 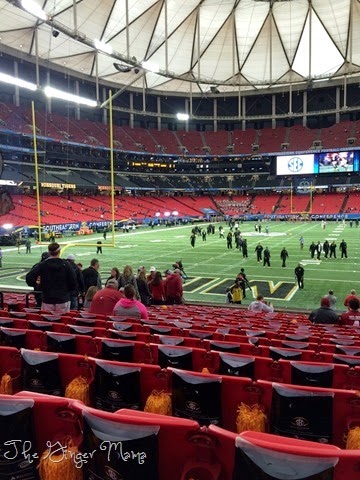 We sat in the Mizzou end zone with maybe 2 Mizzou fans! The rest were Bama fans! This shot is without any zoom. We were this close! I was so proud of myself!!! 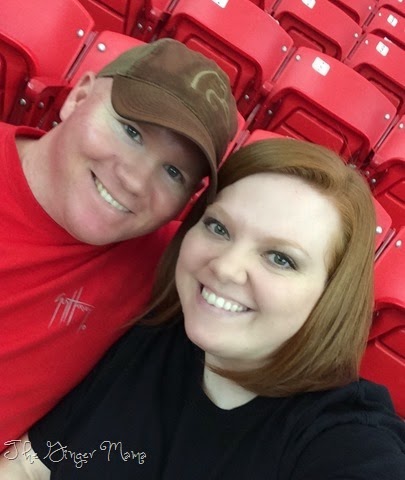 We went to our seats early so I could eat (yes, again) and we watched the players warm up. Jason had that goofy grin all day! He was so excited! 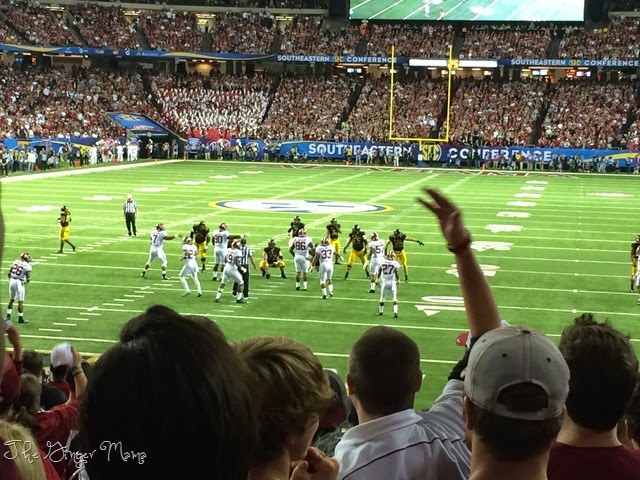 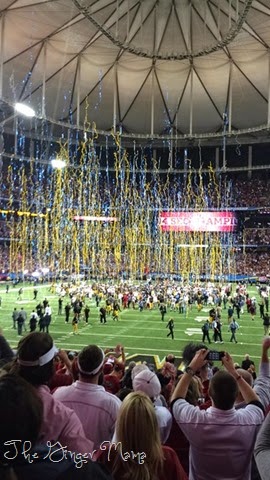 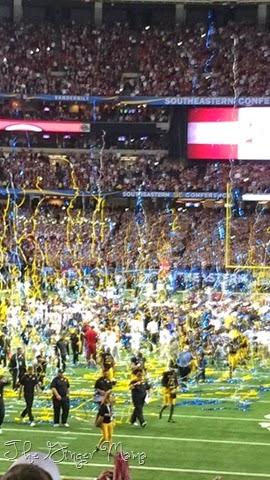 After the game it took FOREVER to get back to the car. We got some food, checked in to our hotel and I passed out! So much fun!