We Are Potty Trained!!!

Haaaaaaaaaaleluah! My baby boy is finally potty trained! Woooooooohoooooooooo! I still carry pull-ups just in case but all weekend we have not had an accident! Yay! I’m so proud of him and glad my religion wasn’t lost because I was starting to pull my hair out! He will come tell me and I caught him a couple times in there without me or daddy! So he got a reward when I made a trip to Lowe’s to look for some paint samples! 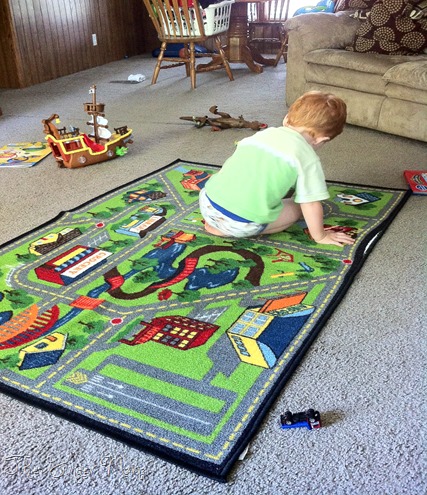 He was so excited and played on it all afternoon and well into the night. We’ve had a pretty interesting weekend. I’ve tried to do some cleaning but to be honest I’ve been engrossed in a book and haven’t done much at all. I did however cook an easy, awesome dinner if I do say so myself. I had this while helping my coworker on campus with some Impact sessions and they were awesome! 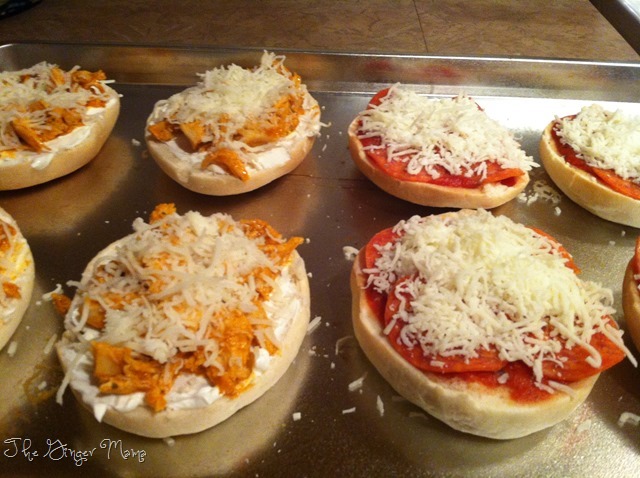 On the left is a buffalo chicken bagel and the right a pepperoni pizza. They were super easy and fast! I used left over chicken from the chicken ranch tacos I had made the night before. I sliced it a little more and added some buffalo wing sauce but was just as good! Slapped some cream cheese spread on the bagel first, then chicken, and then topped it off with some Italian blend shredded cheese. The other with pizza sauce, pepperonis and the same cheese on top. Bake for 350 for about 10 minutes. Yummy!!!

After dinner while Landon was winding down I snapped this! 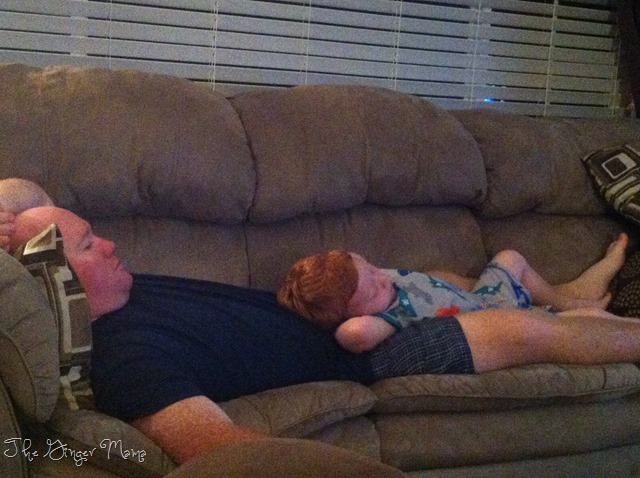 This is a normal night for us. Landon LOVES his daddy and has to be everywhere he is while he’s home!

While cleaning Landon’s room up after his bath. I came across this and almost laughed out loud! 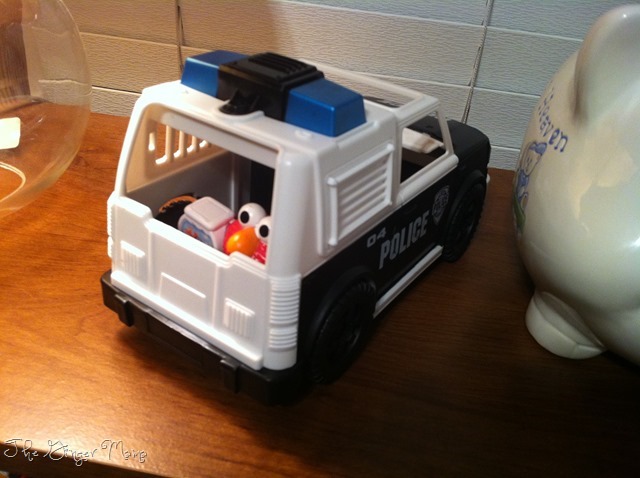 Apparently Elmo and Dorothy are in trouble…He’s so funny!

Hope everyone has a great week!