Last Saturday we went with my mom to do a little shopping. We went to Sam’s and Landon found what I think is his 3rd birthday present! 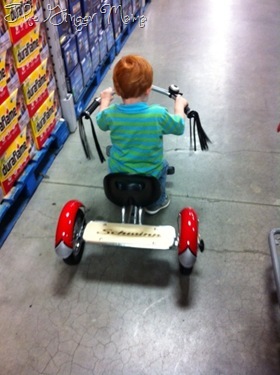 And yes he rode it all over the aisle. Cutest thing ever!

I have also switched to these for now. 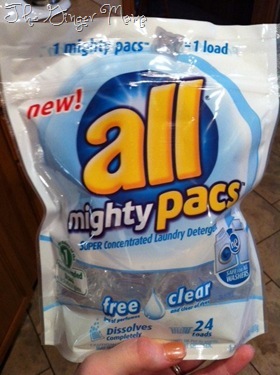 So I took pictures of most of the recipes from this post for my new Meal Plan Madness segments. They were all pretty great! So here we go!

Sunday’s Chicken Spaghetti was pretty good. My Mimi (grandmother) said that she uses a whole chicken to boil. I only used 3 boneless, skinless chicken breasts because it’s just the 2.5 of us and that would be way too much food. But it makes sense because you boil the noodles in the chicken stock. So with that being said next time I will probably use some chicken stock to give it more flavor and also add some to the dish before baking so it’s not as dry. But other than that it was pretty awesome!

Monday night’s Slow Cooker Ziti wasn’t too bad. I will say that the outside of the dish was burnt. The inside was salvageable and we ate it but next time I make this dish it will be on a weekend or a night when I’m home. The recipe says that it can cook for 6-8 hours but I bed to differ. But it was still yummy and pretty! 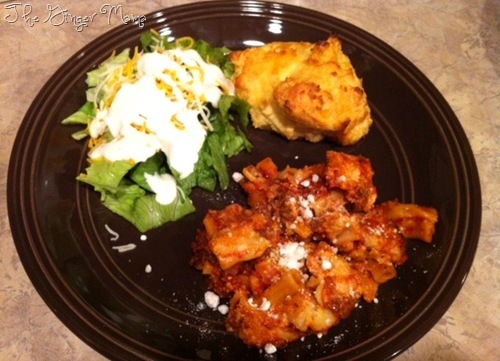 Tuesday night was Parmesan Crusted Tilapia and I must say that it was delish! Simply thaw out your filets, then mix your parmesan, paprika, and salt and pepper. Coat your filets in EVOO (extra virgin olive oil) and dredge in your parmesan mixture and lay on a sprayed baking sheet. Bake for 10-12 minutes ate 400 degrees and it’s total bliss! 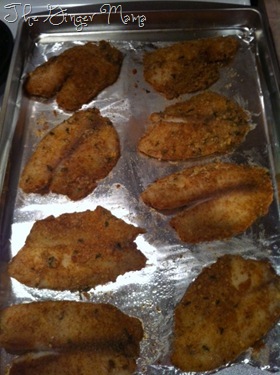 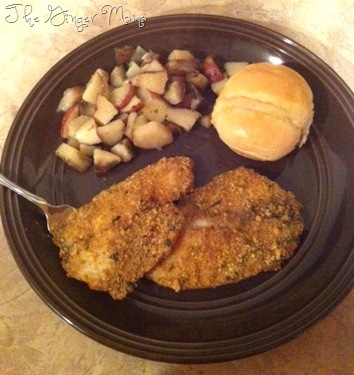 Wednesday night was oven baked Sweet and Sour chicken and it was (according to my husband) the best thing we’ve had in awhile! It was pretty fabulous!

Simply chop of some chicken (I used boneless, skinless tenderloins), dip them in cornstarch, then dip them in a beaten egg mixture, and put in a frying pan with some canola of vegetable oil. Brown but don’t cook thoroughly.

For the sauce mix 3/4 cup of sugar, 4 tablespoons of ketchup, 1/2 cup distilled white vinegar,  1 tablespoon soy sauce, and 1 teaspoon garlic salt. Wisk the mixture together. Honestly it doesn’t smell great, at all. I was praying the whole time, “Dear Lord please let this be good!”

Put your browned chicken chunks in a greased pan and evenly pour mixture over. I mixed mine up a little before putting it in the oven. Bake at 325 for 1 hour. You have to mix the dish every 15 minutes for that hour. The sauce thickens and becomes very mouth watering! 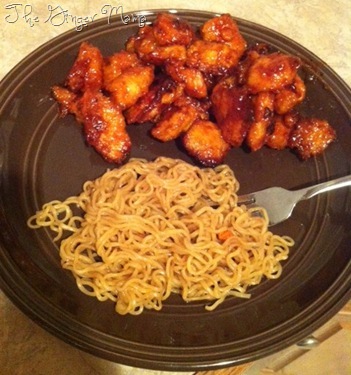 Landon had spilled something in the floor and daddy got down to clean it and this is what I found! 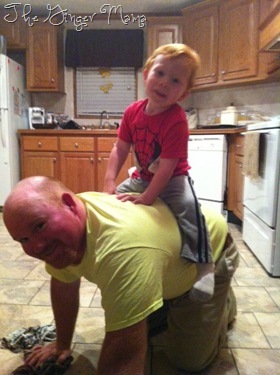 Thursday was SUPPOSED to be Salsa chicken with rice but I caught the lovely stomach virus that’s been circling our hometown. I was okay with that because I managed to dodge the flu thank God! So Landon and daddy had a grilled cheese while I indulged in lemon and strawberry kiwi propel water. Yummy! So I made it Friday instead when I get home from work. (Yes I went to work with a virus…bad idea…I was completely miserable!) 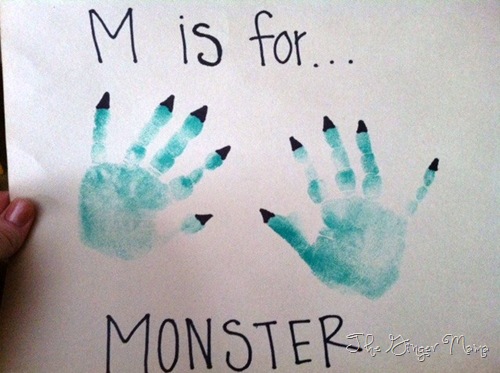 I got this on Friday and it made my day! I can’t believe he big he’s getting!

I have also decided to add a pop of color to my living room! Right now it’s greens, and earth tones. It needed some yellow! It’s more of a mustard yellow! I’m just putting it on a few things. A couple of frames and I made this with the help of a friend with a Silhouette machine! I made mine a little darker than the Pinterest version I found but I thought it was SO cute! 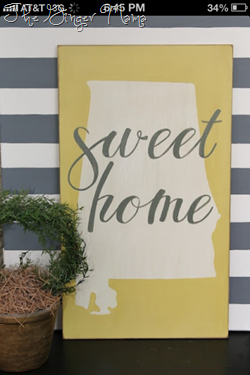 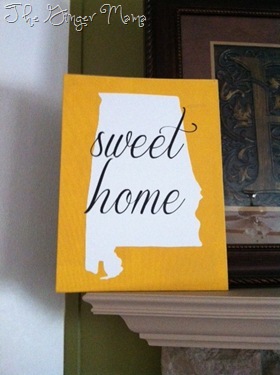 Mine. This isn’t where it’s going to stay but I still think it looks great!

I’ve also been wanting to redo the guest/Landon’s bathroom. I want to do something like this… 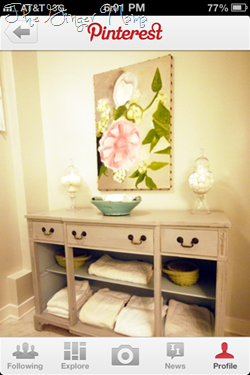 And add some vintage things such as… 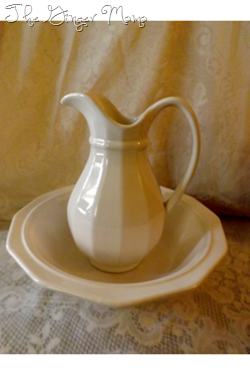 I’ve also been seeing a lot of people use curtain or table clothes as shower curtains with one on each side. So I have been on the look out for a good deal and now I’m on the hunt for the perfect paint color!

Landon has been working on potty training. Usually he won’t get within 5 feet of the potty but now he will actually sit on it with his clothes on. Making progress! 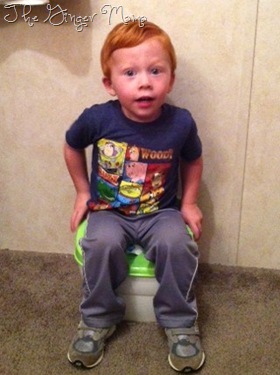 Yesterday we went to some yard sales. They were having a big community wide sale for our Miracle League field at our local rec center. They are wanting to build a playground for all kids to be able to play on. So we were up and ready at 6:30! 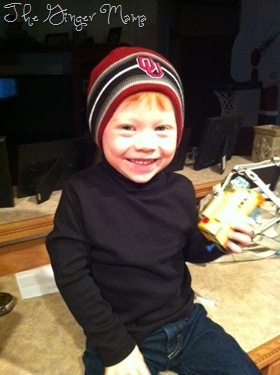 I could just pinch those little cheeks! Cutest Sooner fan ever! 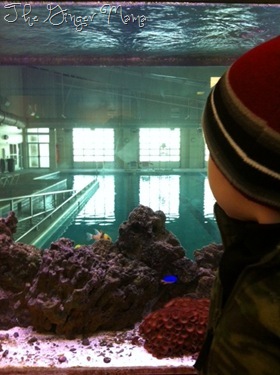 They have a beautiful fish tank in between the lobby and indoor pool and that kept him busy the whole time we took shifts shopping!

Later that afternoon after naps we were invited to play with some friends I work with! We had a great time! 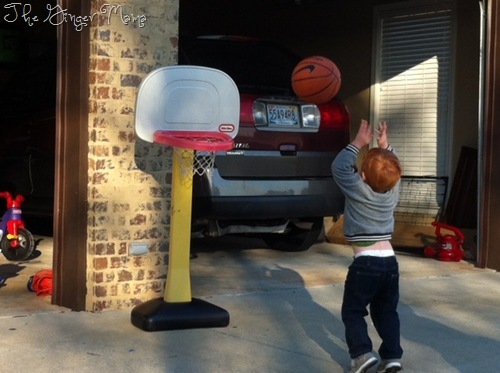 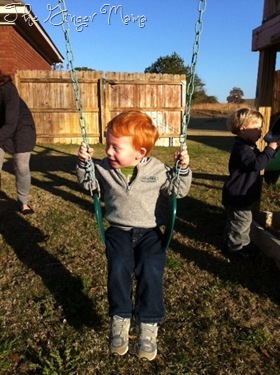 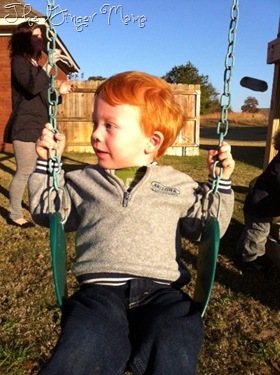 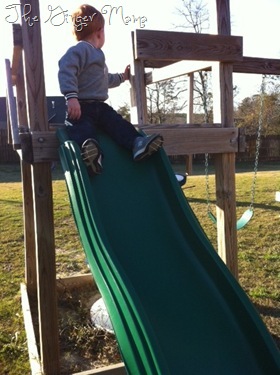 I would say (besides the virus) that it’s been a great week!

Gingerly, Whitney at Sunday, February 03, 2013
Email ThisBlogThis!Share to TwitterShare to FacebookShare to Pinterest