We were so blessed to spend Christmas with the little boy! I had set my alarm for 6:45 to get up and start preparing breakfast. Once I heard Landon stirring I pushed Jason out of bed so I can get the cameras ready and he always gets Landon changed and ready :) 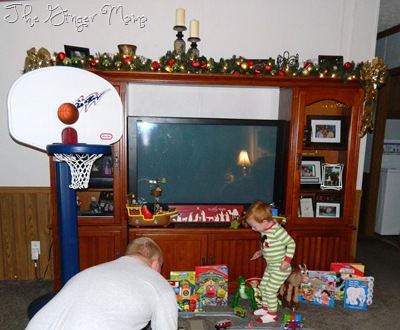 His first words were, “That’s AMAZING!” Love him! 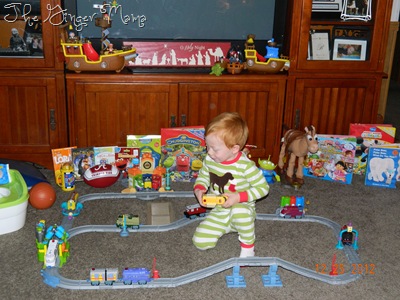 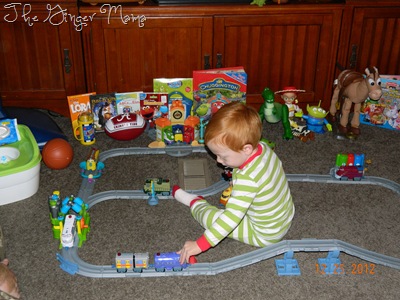 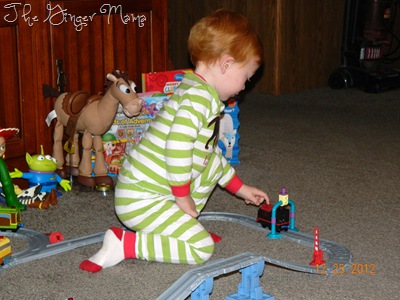 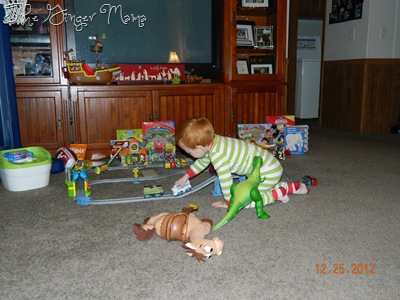 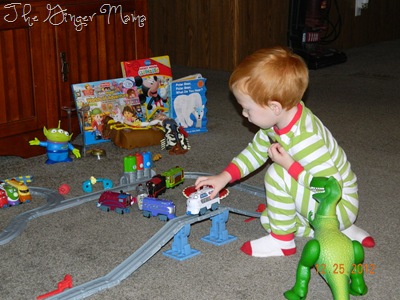 The trains were the first thing he saw, then Bullseye and Rex, and then he saw… 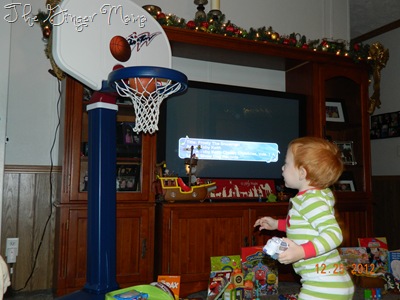 The Basketball goal! And he makes it almost every time! 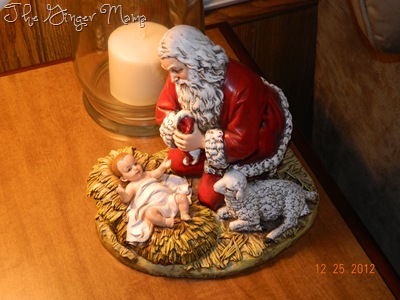 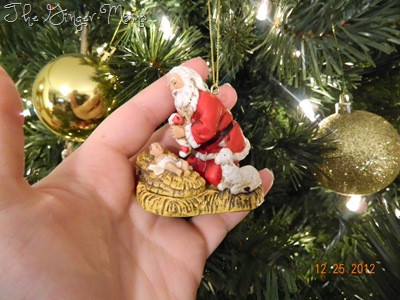 I forgot I had bought the ornament! It looks exactly the same! 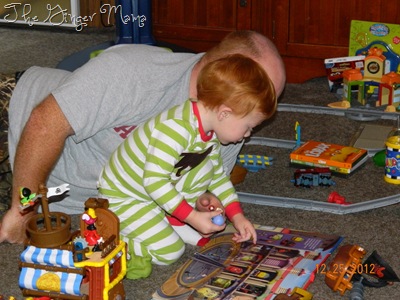 Look at his Chuggington book and telling Daddy who everyone is 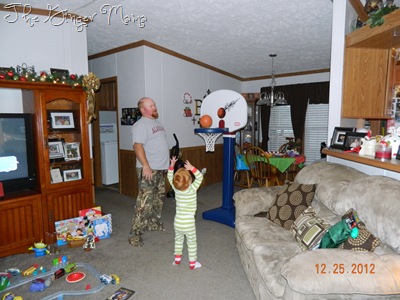 Daddy had to play basketball! 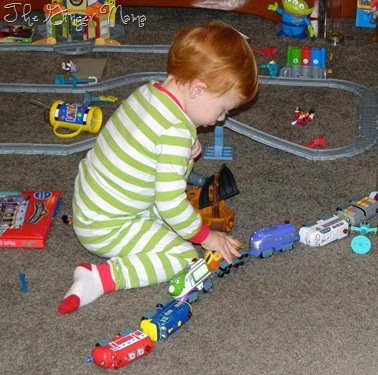 I love that he does this! 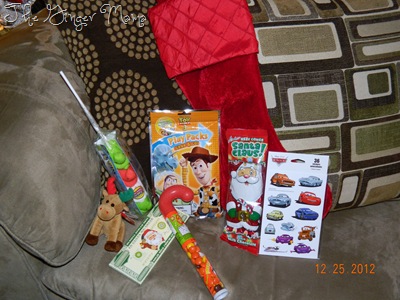 His goodies in his stocking 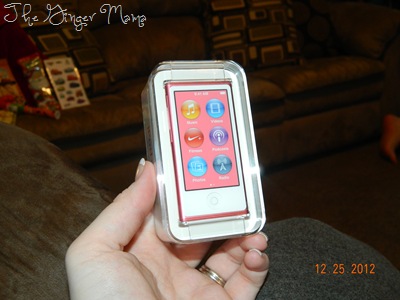 Daddy had no idea these were in the bottom of our stockings. He always used mine and it’s like a 1st generation that originally belonged to my brother so we both got one :)

Then Grammy and Pawpaw came over to see what Santa brought! 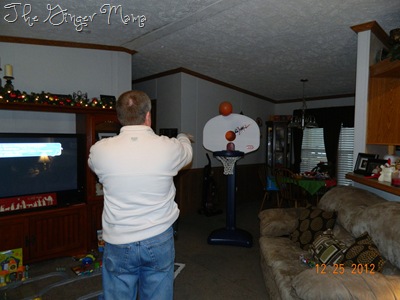 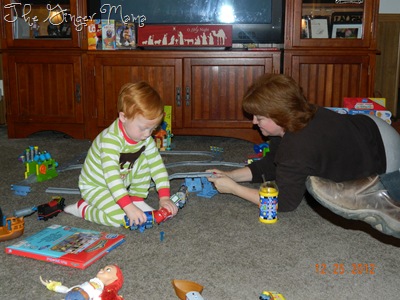 Landon showing Grammy all his choo choos! All in all I’d say we had a great Christmas!