I tried a lot of new  and some classic recipes this year. We also spend Christmas with my parents so I wanted to bring something different.

Jason’s Aunt Amelia made these INCREDIBLE sweet potato dumplings for Thanksgiving and Christmas and I HAD to make them for my dad! He loves sweet potatoes!

Of course I couldn’t find anything frozen, pre-cut one at the store so I was very domestic and made them from scratch…and if any of you know how hard sweet potatoes are to peel and cut…you know it took me awhile…

First you wash, peel and cut them into chunks and boil them until you can easily fork them 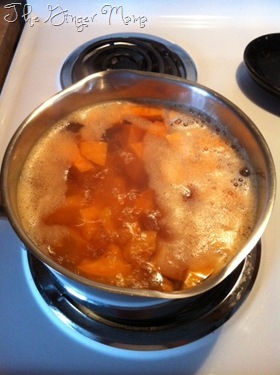 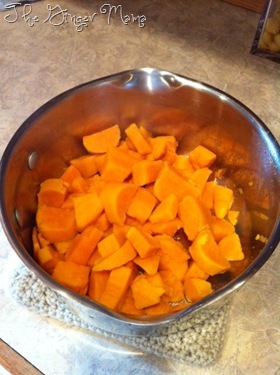 One they are soft, drain off the excess water and get your crescent rolls ready. I cut each perforated slice in half again so I had more dough to use and make the dumplings more bite-sized. 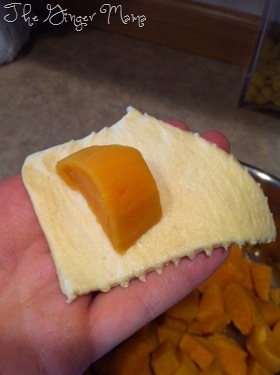 Wrap up the potato chunk, Aunt Amelia’s were larger and had some potato sticking out the sides which was great but again, I wanted mine a little smaller. 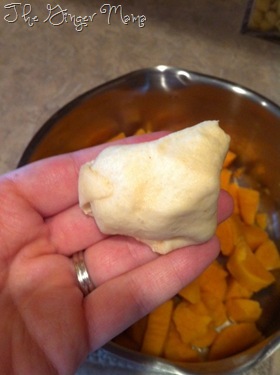 Grease your pan and place them all inside 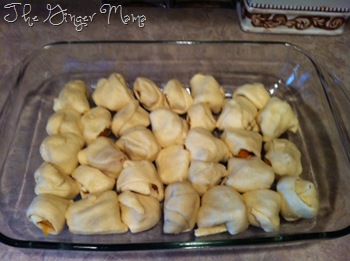 I actually put them in the fridge after wrapping them up because I made all of this Christmas Eve morning…so the pan will change in pictures to come.

Now for the glaze. You make this prior to putting them in the oven

Melt your butter and sugar and add the water. Once it’s all mixed add your vanilla and cornstarch. The cornstarch thickens the glaze but my mom didn’t have any so I used flour. I would rather have had the starch but it was still good. 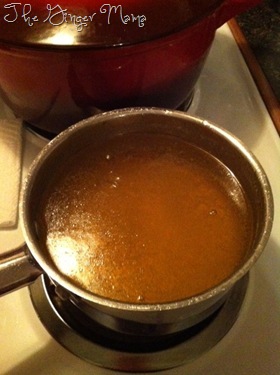 It looks kind of gross while cooking but it’s so yummy!

Pour the glaze over the uncooked crescent wrapped taters and bake at 350 until the dough is golden brown. I cooked mine a little longer for a little crunch but they were SO GOOD! They were a huge hit!

1 Can of Cream of Chicken

Salt and Pepper to taste

Mix all ingredients together and bake at 350 until golden brown.

After I got those taken care of and put in the fridge to take to mom’s, I got to work on preparing our Christmas morning breakfast. I had the menu all planned out in my head:

I wanted to get a head start so I premade the pinwheels. These were new for me as well.

1 Can of Seamless Crescent Rolls

First brown your sausage and drain. 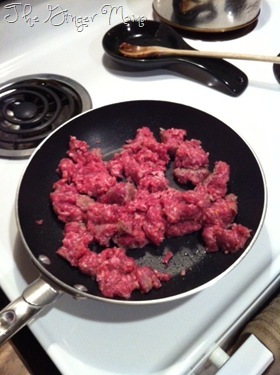 Next I chopped up the cream cheese after letting get room temperature. Then I put the hot sausage on top of the chunks to help it melt faster. Then stir, stir, and stir until it’s well mixed. 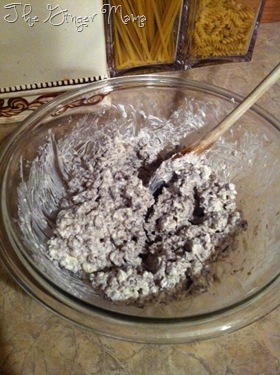 Once your mixture is ready grease a cookie sheet and spread your seamless crescent rolls out (just so it doesn’t stick, so you can roll later) 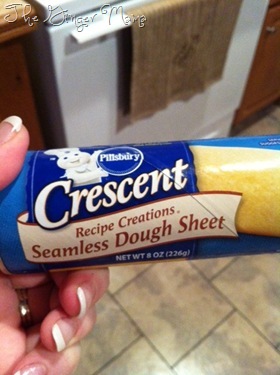 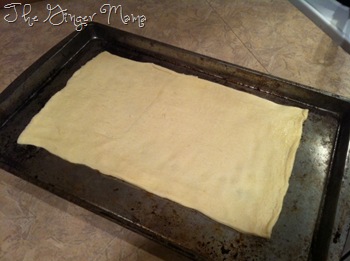 Spread your mixture evenly onto the dough and then roll up. 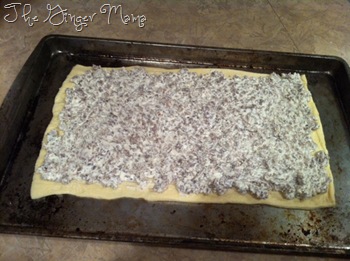 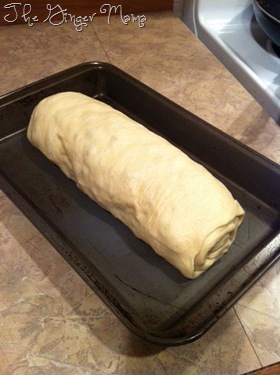 Once you’ve rolled it up (I transferred to a smaller pan) they need to be chilled for awhile so you can slice without messing up the roll. Some people freeze them but they were refrigerated overnight so they were good. I didn’t slice them until Christmas morning. Bake at 350 until the crescent rolls are golden brown.

I also baked our sugar cookies for Santa that Landon picked out. Next year we will probably hand make them but this year he wanted Mickey Mouse! 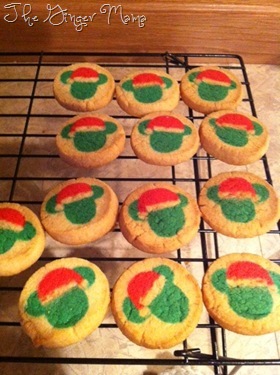 Christmas Eve with my parents to come!