As a little girl I remember spending Christmas Eve with my mom’s mom and grandparents. Not that it’s about the gifts…but they flooded out from under the tree into the living room and my mom would always clear a space in the middle to place us in and take a picture. So that’s what I’ve done with Landon. Here’s his first Christmas, and his third. (He was being ornery his second one so I don’t have a picture) 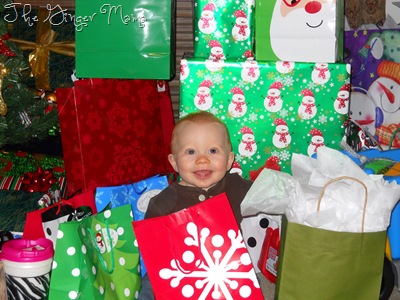 Is he not the cutest thing?! 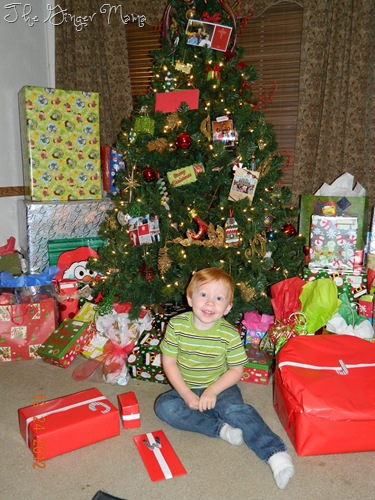 He wouldn’t sit in the middle of the presents but that’s okay. I can’t believe how much he’s changed. He’s growing up so fast and he’s just as precious as the day I met him!

After we ate dinner we all gather in the den and let Landon open the first gift. He really got into this year :) 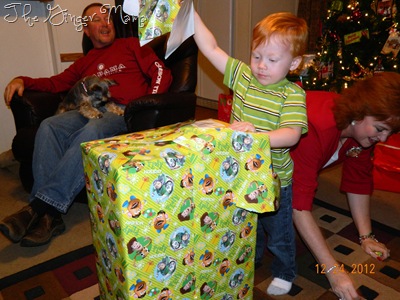 Then Mom gave me one and made everyone watch me open it. Which scared me a little. Even Jessie (my sister-in-law) was nervous for me. But this was my favorite gift! 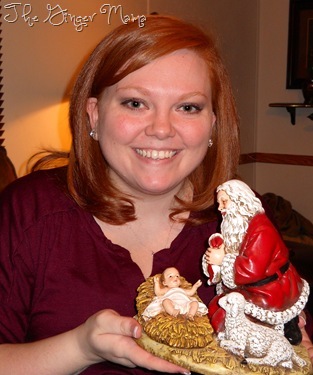 I saw this Kneeling Santa statue in a Christmas Shoppe in New Orleans last year when we went to the Sugar Bowl and was NOT expecting to get it at all! She knew how bad I wanted to buy it then but didn’t! I loved it! Definitely an pat on the back to mom!

Next Mom and Jessie opened their gifts from us. I made them open them at the same time. 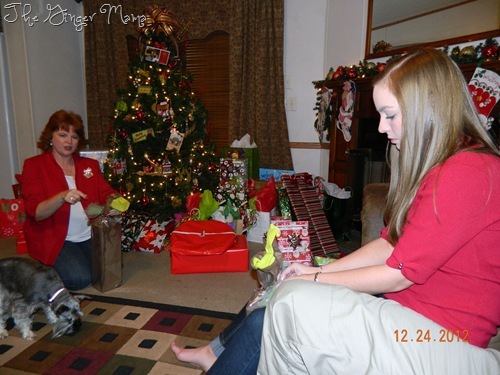 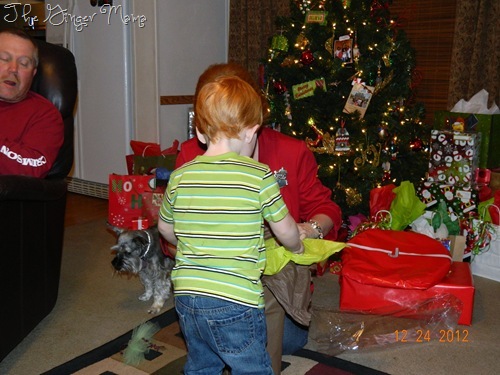 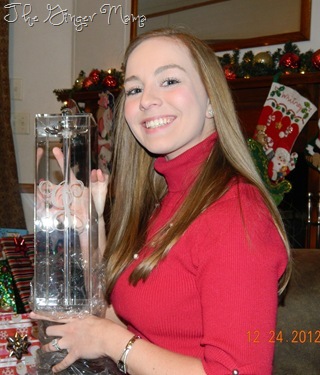 Personalized necklace holders. (I got one too) 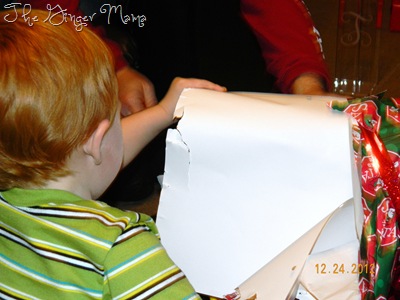 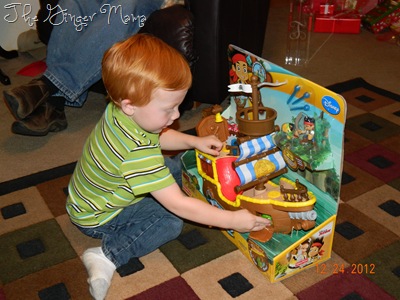 A little birdie told Mimi and Grandad awhile back that he had a fit over this in the store! So that’s what he got from them and he loves it! He dances to the music and shoots the canons. 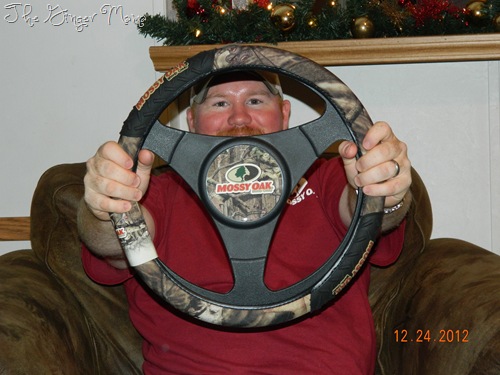 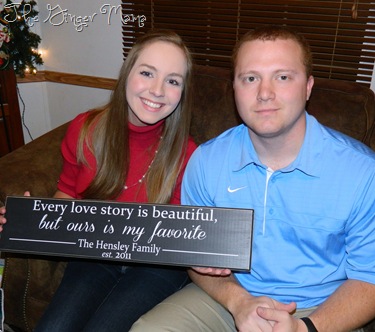 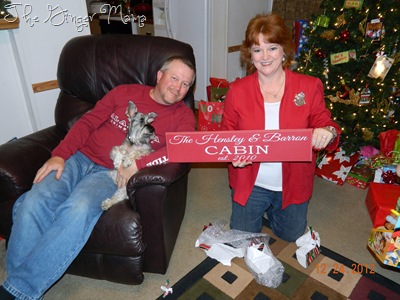 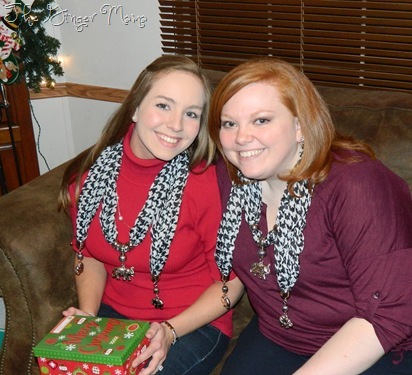 Jessie and I got matching scarves 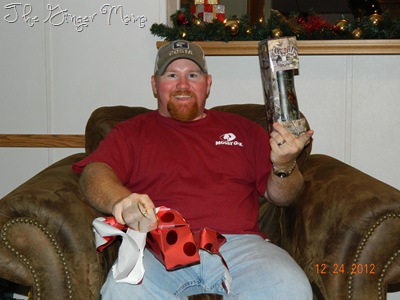 Camouflage thermos. A little birdie told Grammy he had been wanting that too :) 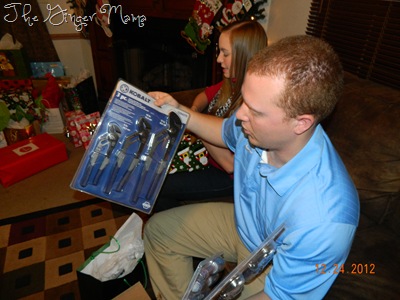 Tanner had been asking for tools from everyone so that’s what he got. And a standing toolbox from mom and dad. 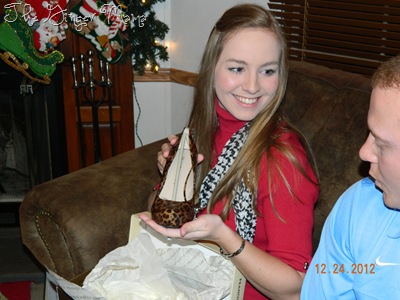 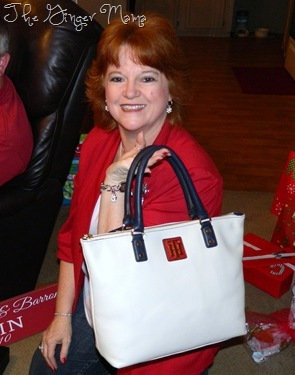 Dad went out of town and got this for mom! She was so excited! 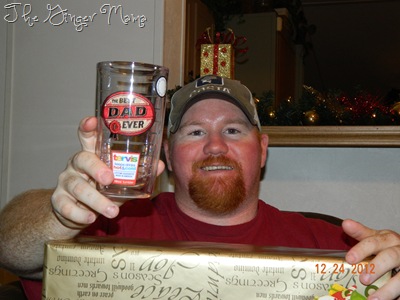 That cup about sums it up :) 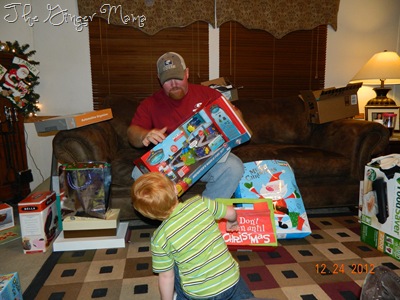 Tanner and Jessie got Landon a train track for his choo choos. He was so excited! Landon got this car track from mom and dad. They were having fun playing with it. If you’ll notice there’s a rocket flying through the air!

This was our family ornament this year. I will have to get 2 next year because I couldn’t make it back to the mall in time to get one for our house! 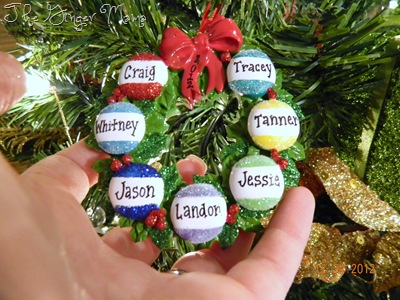 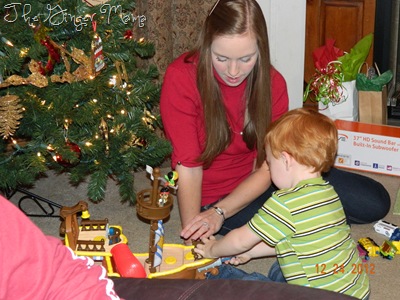 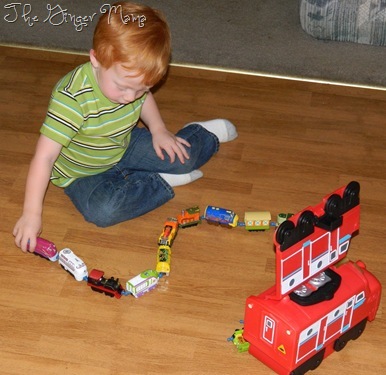 Since Landon has outgrown all his toys at Grammy’s he also got a set of small trains to keep at her house. He put them all together and was having the best time!

Then it was time for family pictures! 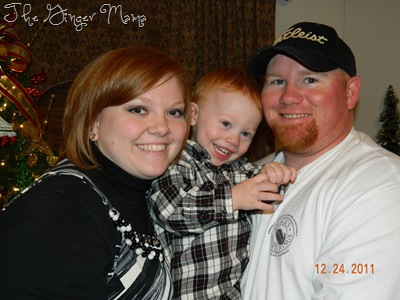 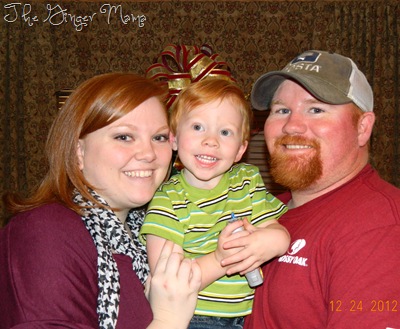 So…now I feel like we have to try and recreate it every year! That would be so neat! 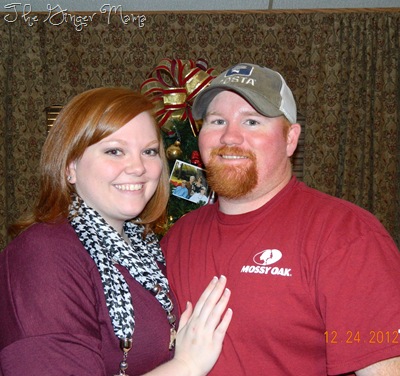 This is such a good picture of us. 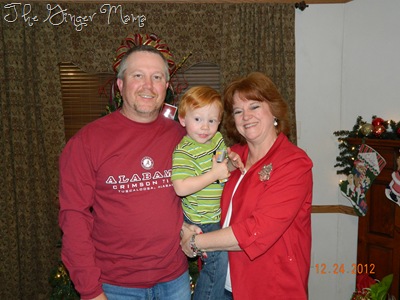 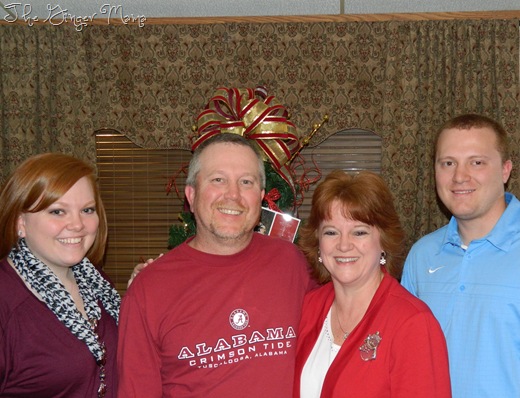 Afterwards we loaded up and headed home to prepare for Santa to come!